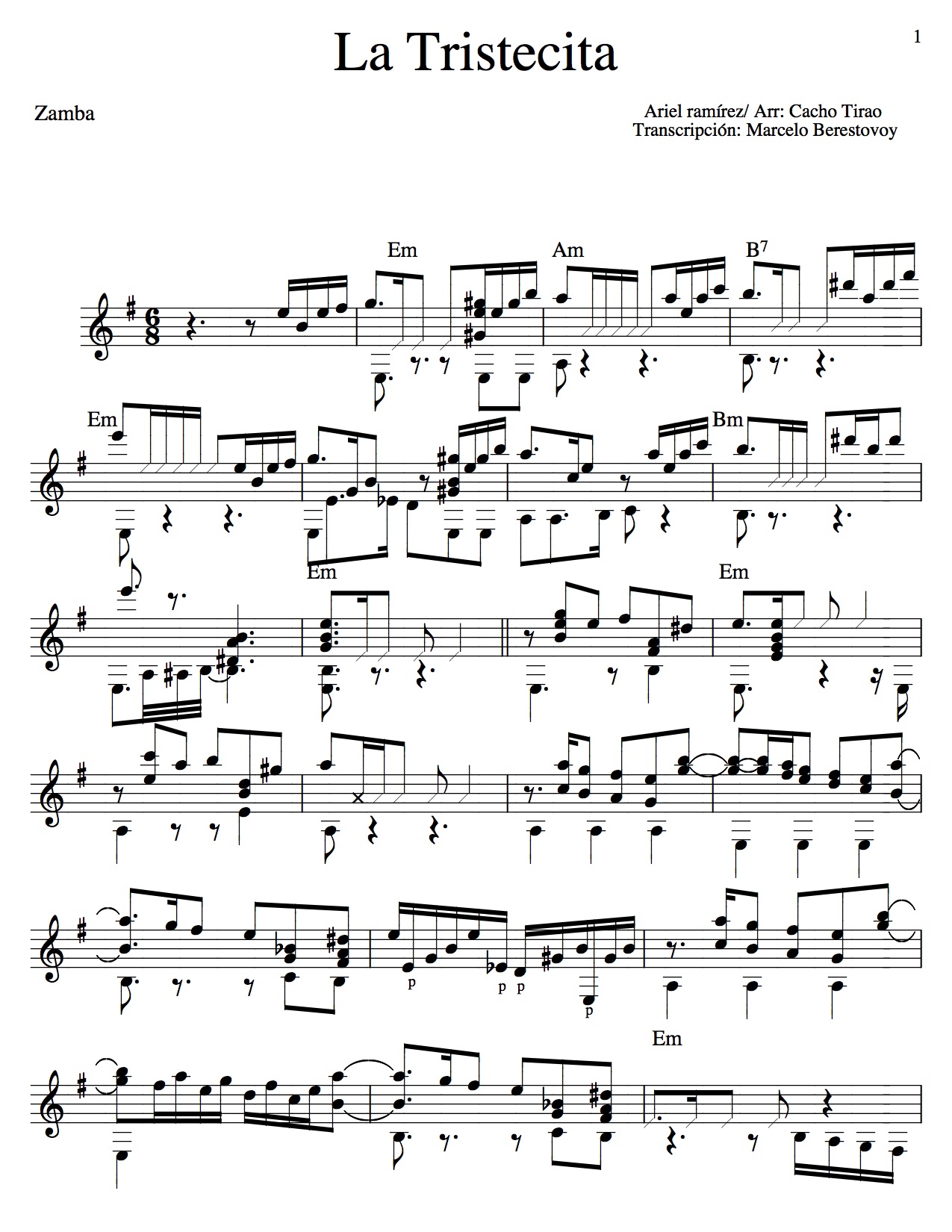 La Tristecita is an Argentinean folk song written by Ariel Ramirez. Here’s a transcription of the guitar version as played by Cacho Tirao.

Ariel Ramirez (1921-2010) was one of the most important composers of Argentinean folk music. His masterpice “Misa Criolla” (Creole Mass) recorded in 1965 by LOS FRONTERIZOS gave him international recognition and help popularize Argentinean folk worlwide. Here is his own piano version of “La Tristecita”:

This type of song is a Zamba with a “z”. A traditional form of song and dance typical of Argentinean folk. Written in 6/8 and different from the Brazilian Samba with an “S”, which happens to be the main DNA of Brazilian folk music usually written in 2/4 time signature.

Cacho Tirao (1941-2007) was one of the most important guitar players of Argentina. His amazing technique and ability to create his own arrangements made him a unique and beloved artist in the 1970’s. Playing electric guitar in the Astor Piazzolla Quintet (1968-1971) and (as he told the story in an interview) it was Astor Piazzolla who insisted while riding together in the car to a gig to launch his career as a solo guitarist.  His arrangements for classical guitar of many traditional Tangos and folkloric songs were groundbreaking and his playing is considered in high regards by guitar players of all styles all over the world. In the mid 70’s he shared the stage with the worlds greatest Flamenco guitarist of all time, Paco de Lucía. The two virtuosos became very good friends.

After being unable to find sheet music for this piece myself, I decided to transcribe it from the youtube video and it is here to be shared with any guitar players that would like to have it. I have shared this with people from all over the world. Enjoy!